The Evil empire is re-emerging and cold war is brewing 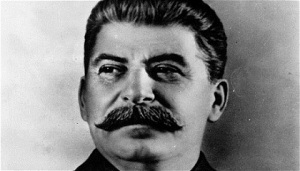 Since our founding, and even more so after the turn of the 20th century, America has proven exceptional in many ways compared to the other nations on Earth. She stands in stark contrast to say Russia whose people who do not have a history of freedom and independence. The Russian people it seems have always been ruled by various tribal war lords, czars, brutal dictators, petro billionaire mobsters, or variations of the same theme. With Putin in command they seem to be reverting back to the Cold War days of Stalin. Russians have always known great suffering under oppressive regimes when they were’t too busy inflicting suffering upon others around them. There paranoia is legendary some of which may be justified given their past experiences in WWII but make no mistake Stalin’s regime was every bit as evil and repressive as Hitler’s.

America by contrast has proven resourceful and resilient. Her people by and large are happy and even the most poor among us do not suffer the same hardships like say people from Bangladesh or India suffer.  She is blessed with abundance in most everything.  She has for the most part been a nation of religious people, at least more so than other nations and as a result her willingness to share from that great abundance  is more than most nations. Frequently she displays generosity in times of crisis or need throughout the world.  Lastly the promise of freedom and hope that her political institutions and laws has offered provide hope to people from all over the planet who come here (some illegally) seeking asylum and opportunities they cannot find elsewhere. This has been the America I grew up to be proud of and love.

Indeed many of America’s past leaders like John Kennedy and Ronald Reagan invoked the image from the bible parable of a shining city on a hill when describing America.  President Ronald Reagan in his January 11, 1989, farewell speech to the nation said ”I’ve spoken of the shining city all my political life, but I don’t know if I ever quite communicated what I saw when I said it. But in my mind it was a tall proud city built on rocks stronger than oceans, wind-swept, God-blessed, and teeming with people of all kinds living in harmony and peace, a city with free ports that hummed with commerce and creativity, and if there had to be city walls, the walls had doors and the doors were open to anyone with the will and the heart to get here. That’s how I saw it and see it still..”.  This is a strong vision for America and one in which our people need to still recognize. I have hope that we can still be that country. 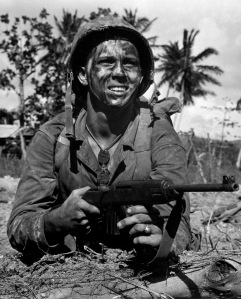 Like it or not, America was, when the smoke and the bodies were cleared away after WWII, one of only two great superpowers left standing. In the end a confrontation of ideas had to take place as they could not co-exist and we won defeating Soviet communism. We were left with the role of world policeman and a growing appetite for debt.

Since then America has made colossal mistakes, not the least of which was arrogantly and unilaterally invading Iraq without declaration of war or real concrete evidence to justify it. That war I believe did irreparable harm. Our trust in our leaders was once again shaken and America’s role as leader of the free world and a reputation as a country that stands for what is right and just was compromised. The world after Iraq could easily say look at America, they are not much different than any of history’s other imperial empires. With the recent revelations of our spying on our allies made by Edward Snowden we continue to lose more credibility with those we call friends. In a nut shell we have lost the moral high ground and our reputation on the world stage is tarnished. 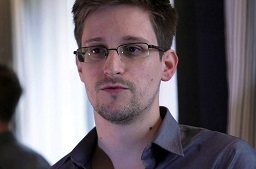 Economically we are broke and having a closet socialist as a President does not help give confidence to the financial engines that drive our free market economy and stimulate recovery.  Do you know any business right now that is hiring in large numbers, or banks investing large amounts of capital on new ideas and inventions? I don’t and I bet you don’t either. They’re few and far between. Obama gets a vote of no confidence from most small businesses in America too despite what you might hear on television. 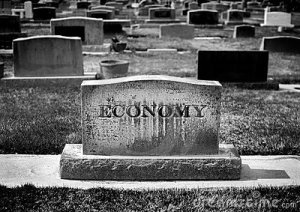 So this brings me to the latest headlines and the Ukraine. The old America would never let stand Putin’s country grabbing. The old America having signed treaties like the one with the Ukraine and promising to prevent Russia from forcing the Ukraine back into their political hemisphere in exchange for giving up nukes, would fight back against Putin. The America of old would stand by its word. Can you see John Kennedy backing down now or Reagan? How about Obama? Well?  The truth is the old America would not even be in this political foreign policy predicament.  Russia would have respected the USA’s ability to crush them economically with sanctions and militarily if need be, and so would never dream of invading Ukraine a free and sovereign country with whom we have ties and a treaty. 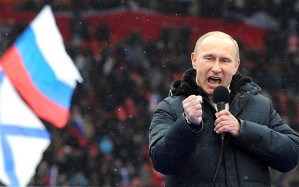 A clear and present danger today exists in American foreign policy and that is respect.  Having lost the moral high ground after Iraq, and financially teetering on disaster after the last few years of Obama in the White House we appear weak. The Russians think so and I bet the Chinese think so and the Islamic fascists in the Middle East think so too.

My libertarian side wants us to stay out of this mess. How can we afford to do anything over there when we can’t take care of business at home. It might seem like George Washington’s advice regarding alliances might be a good idea. However as someone once said power abhors a vacuum. Step down from the world stage like Ron Paul or other libertarians advocate and you can be sure that Russia and China will fill in the void. What about those other countries we promised we would protect? You know our allies. Can you see other former Soviet states who fought for their independence fall back under Moscow’s control?  Is Poland next? How about Taiwan? 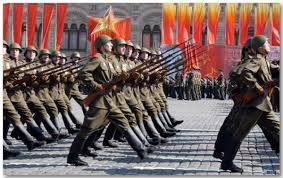 It has been our country’s policy right or wrong to make the world safe for Democracy since WWII. Other smaller nations expect this and look to us for leadership. We fought hot and cold wars against totalitarian aggression on multiple continents and our old foes Russia and China are the same now as they were then regardless of what new image they like to spin or how many cheap manufactured things they sell to us at Wal-Mart. They are bullies in the world’s school yard always have been and always will be.

Perhaps in a perfect world we never would have taken on the role as leader of the free world or world cop but that is the role that was thrust upon us. We cannot sit idly yet the question becomes what can we do now.  I think not very much.  No matter how you look at it this, it does not end well for the people of Ukraine or our image. There is still much work to do but I’m afraid there is not enough time, money, allies, or fortitude left.